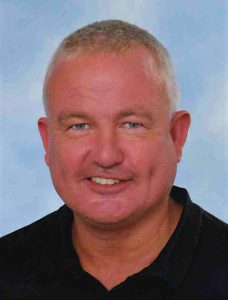 Harald translated his first texts as a freelancer for De Telegraaf in 1987. The text was about a historic cycle race of 1898. It was in French, and the Dutch publisher wanted to know who had won the race and how each of the stages had passed off. After that followed guides for exhibitions at various museums. This experience opened up the world of translation to him and, after graduating in English and French, Harald worked for many years as a sworn freelance translator. He combined this with his career as a teacher of English and French. By 1996, the number of contacts had grown to such an extent that he started to think about setting up a translation agency. In 1997, the dream became reality. Initially, the agency handled English and French only. However, the years that followed saw a rapid expansion into German, Spanish, Italian and Portuguese. Today, the extensive network of translators is so well spread across the specialisms that there is talk of a broadly specialised translation agency for all languages in the world. Technical, legal, pharmaceutical and commercial texts are translated daily by skilled translators in various countries in the world and delivered to customers, mainly in a digital format. The secret to the agency’s success is primarily its ability to recognise the different specialisms that the translators have and to link them properly to the customer’s needs. Applying this step even more rigorously has allowed the creation of a translation service that offers real top quality for a keen price